Rick Tolley convinced me to go out Painting this morning with Paul Rickard when I should have been preparing for Northcoast Open Studios this weekend (info below). I’ve attempted this view a few times, but this is the first time that I have put bushes in the foreground. That would have been something I avoided in the past, but now those kinds of elements are really appealing to me. Humboldt is just overflowing with life, bushes growing on top of bushes, with trees reaching through.

In this piece I tried a new technique, by making a thinned down monochromatic painting in violet, then painting the scene on top. It turned out to be really helpful because I had a strong feeling for the shapes, compositions and values before even starting to plug in the observed colors of the scene. It actually really felt easier.

Northcoast Open Studios is this June 1,2,3,9,10. Pick up a catalog around town or follow this link to the online directory. A ton of artists all over the Northcoast will be opening their studios. My Arcata home will be opened up to the public with around 300 artworks on display,(many older works steeply discounted) as well as prints and cards. I hope you come by!

Posted by artofandrewdaniel at 7:52 PM No comments: 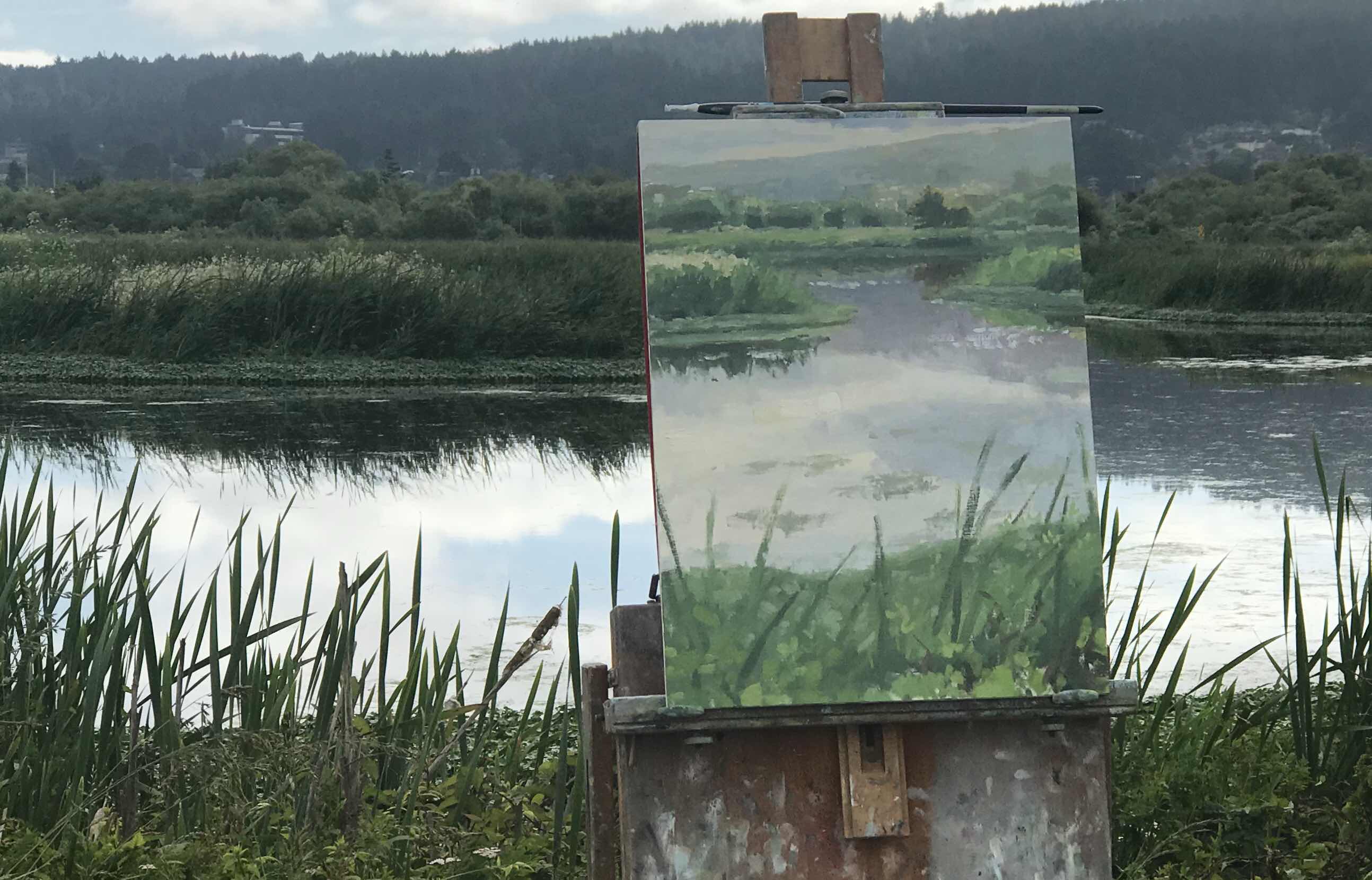 Made another morning marshscape for Northcoast Open Studios June 1,2,3,9,10. (see below) The sun was just coming up over Fickle Hill as I worked on this one. I decided to focus on color, atmosphere, and light, instead of detail. It made it possible to get through all of the information I wanted in the painting before the light quality changed too much. Starting to really see the possibilities that wet into wet painting provide. It’s a very interesting, and fun way to paint!

If you are interested in seeing more of my art and the work of many other artists pick up a Northcoast Open Studios catalog around town or follow this link to the online directory. I’ll have about 300 artworks on display along with cards and prints. Hope to see yah there!

Posted by artofandrewdaniel at 11:46 AM No comments: 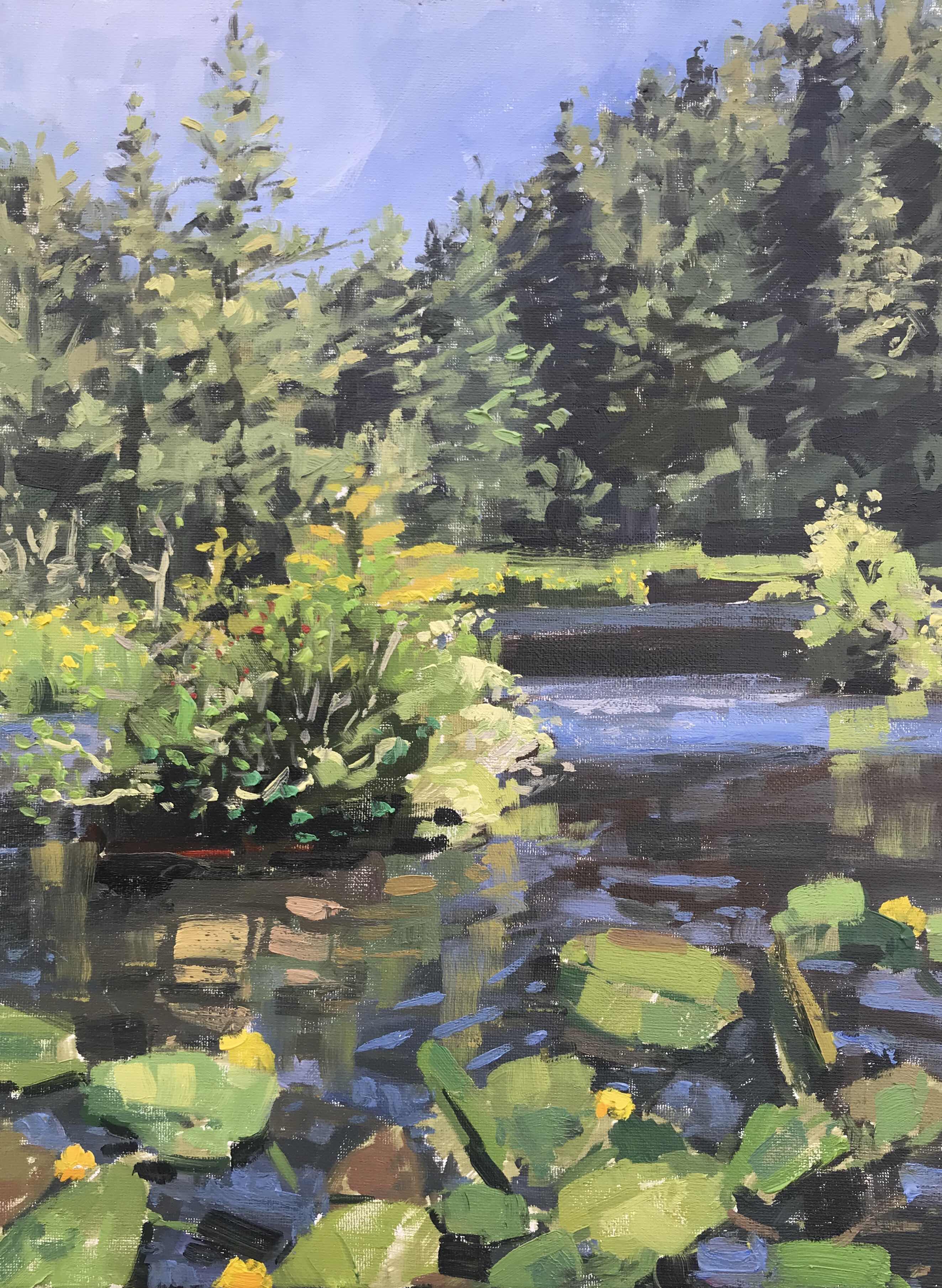 Northcoast Open Studios is June 1,2,3,9,10 link below. This piece was also painted at the Representational Art Leagues retreat. It was a really windy day, so I tried to let the kinetic energy in the air influence my brushwork. It was a bit of a chaotic dance that had and goal of depicting the scene! I tried this same angle 3 years earlier at a painting workshop with Jim McVicker, where he helped me out a bunch. Every time he passed by, I would hand him my brush to see how he would solve that stage of the painting. It was super helpful! Wanted to see how much of that information got internalized over time, and wanted to see what it would look like with just me behind the brush. I’ll post a pic of our collaborated piece below.
Northcoast Open Studios guide is right here:
http://humboldt.northcoastopenstudios.com Posted by artofandrewdaniel at 7:55 AM No comments:

Northcoast Open Studios is coming up June 1,2,3,9 & 10. This piece was painted during the Representational Art League’s annual retreat out at the Morris Graves property. I worked fast and loose and atmospheric. Was surprised at how much can be said painting in this manner.
Find the directory to Open Studios here:
http://humboldt.northcoastopenstudios.com/
#ncos2018
Posted by artofandrewdaniel at 6:57 PM No comments:

Places on the web to find my art 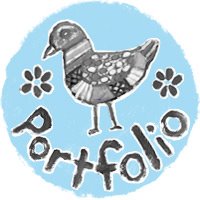